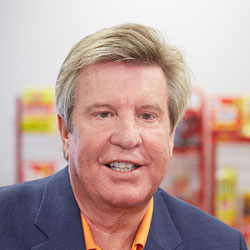 Karl Schledwitz: It is time to admit that the process has taken too long. 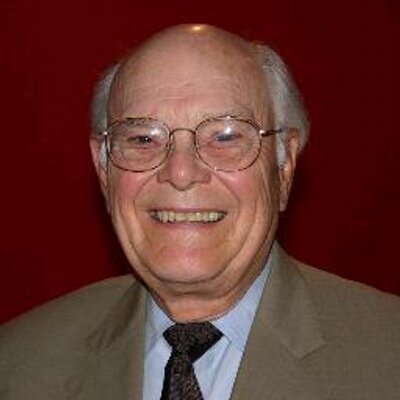 John Malmo: It’s not about electricity; it’s about buying

but, as we speak… TVA IS asking MLGW to sign a new, NO-BID, 20-YEAR contract.

As a civic-Minded group, FORMED by lifelong memphians who love OUR CITY, 450 Million for memphis wants to help ENSURE memphis, ITS PEOPLE AND ITS INSTITUTIONS – INCLUDING MLGW – SUCCEED. with ENERGY PLAYING SUCH A BIG ROLE IN THE VITALITY OF our CITY, AND WITH THE MOMENT UPON US TO DECIDE OUR ENERGY FUTURE, WE SIMPLY BELIEVE having A TRANSPARENT, open BID PROCESS IS THE SENSIBLE thing to do.

By Switching to MISO, Customers in Our Region Have Saved $1.3 Billion on Electric Bills

A proven provider — MISO Energy — can power Memphis’ future. The facts show why we need to switch:

Memphis Could SAVE up to $450 million PER YEAR

RELIABILITY & SERVICE WILL REMAIN THE SAME

MISO IS 4X LARGER AND MORE STABLE THAN TVA

MISO Energy is an independent, nonprofit organization that delivers safe, reliable, cost-effective electric power across 15 states, including our neighbors in northern Mississippi and eastern Arkansas. MISO is four times larger than TVA and operates one of the world’s largest energy markets with more than $29 billion in annual gross market energy transactions. MISO will be better for Memphians. Learn more about MISO Energy.

MYTH: TVA is the most reliable source of power because it is a large company that generates its own power, giving it a ‘’reliability advantage’’ over other grid operators, such as MISO.

FACT: With reliability for both TVA and MISO regulated by the same standards set forth and governed by the Federal Energy Regulatory Commission (FERC), there is no reliability advantage with TVA.

What’s more, MISO’s rates for electric power are 40% less than average TVA rates, its clearing prices for power are 1/3 to 1/2 of TVA’s, and MISO’s all-in cost of delivered contract power is 1/2 to 2/3 of TVA’s power price.

MYTH: The cost to switch from TVA will be high and Memphis will have to start generating its own power.

FACT: Since the Federal Energy Regulatory Commission (FERC) has ruled transmission lines are common carriers – a decision upheld in court – TVA cannot block another supplier from using them. Thus, switching from TVA does not require Memphis to build new transmission lines.

Furthermore, any CAPX infrastructure costs that may exist when Memphis makes the switch should be minor, based on our research, compared to what we anticipate Memphis should save by switching to MISO. This is just one of the many reasons we are requesting MISO be allowed to make an official, fully transparent proposal.

With more than 90% of MISO’s customers not generating their own electric power, MISO has suppliers with ample resources to provide all the power MLGW/Memphis needs.

FACT: TVA is currently saddled with $25 billion in outstanding debt. Yet, In 2019, TVA’s CEO was paid more than $8 million in salary – while also paying out $133 million in bonuses that year (above and beyond TVA’s already-generous pay levels).

TVA also operates 2 jets and recently purchased a helicopter from Jerry Jones, owner of the Dallas Cowboys. These aircraft and the cost of travel (much of it in-state) are paid for by TVA’s customers – including the rate payers of Memphis who comprise TVA’s largest customer base.

While Memphis has been part of the TVA footprint for nearly 80 years, and is TVA’s largest customer (currently purchasing 11% of TVA’s power annually), TVA has always treated Memphis as an afterthought. For example:

When advocates began discussions with MLGW to ask about considering other energy providers, this is how TVA responded:

What’s more, TVA has agreed to pay $300 million to remove coal ash from the old Allen Steam Plant in Memphis and still faces serious questions about polluting the Memphis Aquifer, which provides Memphians with some of the cleanest drinking water in the nation. This is in addition to similar issues TVA has had in other parts of the state resulting in billions of dollars in clean-up and reparation costs.

MYTH: TVA has the right to control use of its power grid transmission system, block others from using it, and subject non-TVA customers to rolling blackouts during "peak power usage" times.

MYTH: The $720,000 Integrated Resources Plan that Siemens is producing for MLGW will be objective.

FACT: As one of TVA’s largest contractors, Siemens is not independent, nor can its analysis be fair and objective. Within the past several years, TVA has awarded Siemens hundreds of millions of dollars in contracts for work on TVA assets. The contract for work on the Watts Bar Nuclear Plant was $140 million alone. In turn, Siemens has invested in opening up an office in Chattanooga to serve TVA, one of Siemens’ largest customers.

Furthermore, Siemens has not sought actual, firm prices from the nation’s competitive electricity supply market, relying solely on estimates and projections. Siemens has admitted it is working closely with TVA on “assumptions,” yet has never disclosed the breadth of it’s relationship with TVA in regards to this obvious conflict.

After eight months working on this Integrated Resource Plan for MLGW, Siemens (which is being paid $720,000 for the plan) has not even requested a full, independent report from MISO executives regarding the actual cost of transmitting electric power to Memphis.

Put plainly, Siemens has not been transparent with Memphians about the assumptions being used in their analysis. In actuality, it appears Siemens has taken the work of the previous four studies, picked the highest cost assumptions from those studies, and put them together into a Siemens-authored, TVA-benefitting scenario. Then, after creating this faulty scenario, Siemens finally approached MISO – but asked MISO only to say whether they could support this scenario. Indeed, this approach is as odd as it sounds.

MLGW – and Memphians – deserved better from Siemens. If Siemens was trying to develop a solution with the best interests of Memphians in mind, the Siemens team would have asked MISO to present transmission arrangements that would allow MISO to supply all of Memphis’ power at the lowest cost. Siemens could have then used this data –  along with real market pricing obtained by asking power suppliers in MISO to provide bids – to develop the lowest cost option for Memphis. Siemens did not do this. Instead, Siemens developed its analysis using a dubiously crafted, worst-case solution for Memphis.

As a result, Siemens’ assertions are not just flawed. They are utterly unreliable.

WHY MISO, WHY NOW?

Multiple independent studies have shown Memphis could save up to $450 million per year in power costs by changing power suppliers from TVA to MISO. Put plainly, this means a continued delay in moving from TVA to MISO could potentially cost the citizens of Memphis more than $1.3 million per day. Since TVA has made it clear it will not negotiate on power supply or price, exploring the potential of moving to another electric power supplier, such as MISO, simply makes good sense.

However,  MLGW has still not asked MISO to provide a transmission study that would prove – in writing – to take that step. By doing so, MLGW and Memphians could have proof – in writing – of the cost savings to be achieved. Asking for this information can be easily done with no risk and no cost to Memphians.

With time of the essence, the Memphis City Council must act on this issue. We therefore ask the City Council to consider passing a resolution requesting a Transmission Service Study from MISO. This can be done along with requesting an independent consultant, ACES Power, to send a Request For Proposals to prospective power providers in the MISO area, asking them to submit contract proposals for supplying power to Memphis.

By moving to secure this definitive information through MISO and ACES Power, the City Council will put Memphis in a position to line up an alternative power supply and serve notice to leave TVA. Once this is done and the future savings are assured, the City could potentially borrow $1 billion  – immediately – against these future savings (according to UBS Bank). This money could be used – right away – for upgrading infrastructure, improving transit, enhancing school programs and addressing other pressing needs throughout the Memphis community.

To move Memphis forward, we ask the City Council to pass the requested resolution for MISO and ACES Power to explore alternative power supplies. Should this exploration yield material benefits for Memphis, we then ask this information be used to serve notice to leave TVA.

02 How do you defend the recent purchase of 2 private jets, and a helicopter (formerly owned by the Dallas Cowboys’ Jerry Jones), that were all paid for with rate payers’ money – especially after receiving multiple reprimands from the TVA Inspector General?

03 How do you explain the fact that other electric power suppliers in the MISO region deliver reliable power at rates averaging 40% lower than the rate TVA charges the municipal government, businesses and residential customers of Memphis?

TVA’S LACK OF COMMITMENT TO MEMPHIANS

04 Memphis is TVA’s largest customer, buying 11% of TVA’s power annually, yet TVA has only 53 employees in Memphis and 11,000 employees in East Tennessee — how and why is this?

05 Why — instead of adding employees to benefit Memphis customers — has TVA hired a team of 5 Memphis-based political lobbyists?

06 Why, for the first time in its 80 years, has TVA begun trying to quickly establish a sense that it cares about the Memphis community by distributing money to various Memphis charitable and civic causes, including the Memphis Urban League, the NAACP Memphis branch, the Memphis Chamber of Commerce — as well as a $1 million donation to MLGW’s ‘Share the Pennies’ program — all being paid for 100% with rate payers’ money?

07 Why is TVA perpetuating the untruth that a new electric provider to Memphis, such as MISO, couldn’t use current transmission lines — when you know the Federal Energy Regulatory Commission (FERC) has ruled that transmission lines are common carriers and TVA cannot forbid another supplier from using them?

09 Why has TVA tried to hide the fact that it has agreed to pay $300 million to remove coal ash from the old Allen Steam Plant — and still faces serious questions about polluting The Memphis Aquifer, which provides our city with some of the cleanest drinking water in the nation?

These names represent a growing number of 450 Million for Memphis supporters across our city’s political and socioeconomic spectrum. Please join them in joining us.

If you have a question regarding $450 Million for Memphis or would like to join our cause, use the contact form and we’ll be in touch.